As I said at the beginning of the year, my sole aim this season was to build a predictive model worth a damn, just to see if it could be done. In the end, the model was 93% accurate in calling people safe (including winner Candice Glover tonight) and picked the person eliminated 78% of the time (89% of those eliminated were ranked either first or second most likely to go, FWIW). That’s pretty decent.

The site found an audience, as well, which I suppose I’m happy about. The site was the top Google search for “Idol predictions” as of yesterday, and about 6000 unique visitors showed up to see the (thankfully correct) call of Candice as winner. About 3000 people found their way to the site weekly, on average, during the finals. 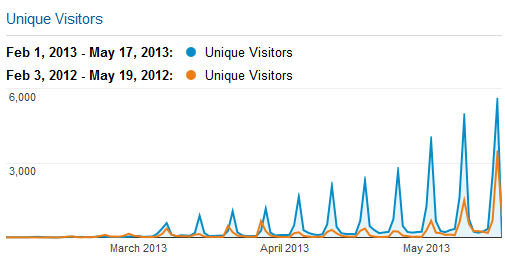 I would note that if you wrote a message to me in the comments, I likely did not see it, since reading comments on the interwebz makes me at least 25% less happy (often more). Not being rude. Jessica does read them, but if you want to drop me a line, my Twitter is the best way.

It’s worth asking, was this a good season of American Idol? The best singer did win, and the Top 3 were good singers. This was most definitely not the case in the past 2 years. There were a few moments that stand out in my mind: Janelle doing “I Will”, Candice in several of her outings (“Straight Up”, “Don’t Make Me Over”, and “I (Who Have Nothing) last night) all gave me chills. I liked Nikki Minaj as a judge a lot, and am very disappointed that she will not be staying on. Angie started pretty strong for me, though she clearly began to drop off. So, yes, it was a pretty good year.

There’s been a ton of digital ink spilled about what Idol needs to do to revive its ratings, and what I’ve read of it didn’t seem right at all. The bottom line is that that the show existed for many years as the only real game in town. Sure, there were little shows like Nashville Star, but nothing substantial. But now there’s The Voice. There’s X Factor. Why wouldn’t we think the ratings would go down? So, anyway, if you want my dumb opinion, to go along with the rest of the internet’s dumb opinions, it’s this: if you want ratings back, stop cannibalizing yourself, cancel X Factor, and get Simon Cowell back on the show. Anything short of that, such as firing Nigel, changing the themes around, reducing the auditions rounds, is rearranging deck chairs on the Titanic.

Since I’m not invested in (and, in reality, have never seen) any of the other shows that sites like this cover after Idol ends, I do not maintain this site between seasons, so if you are a regular reader, sorry. I do maintain my personal blog IdleAnalytics, all year, and I tweet a fair amount, should you want to follow such things. Jessica can be found on Twitter as well as her Tumblr.