Home » Editorial » Opinion: the old semi-final system was great. Idol should go back to it.

Opinion: the old semi-final system was great. Idol should go back to it. 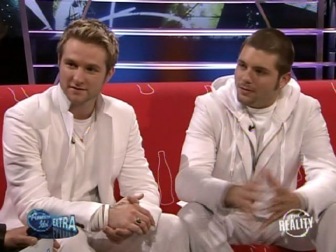 As I’m working on a video retrospective of Season 2 of American Idol (I’ll release it soon—promise), I’m struck by how awful the semi-final system was that year. The way it worked was that they assembled a Top 12 starting with four groups of 8. However, only two people were selected from each group, and then the rest were decided by the judges. This led to the debacle that was Carmen Rasmussen. But also, that season’s finalists weren’t that great and overall it was kind of boring.

The thing about Idol is that it’s best when people are taking risks. This is kind of like why professors at universities get tenure. Although some people think it’s just a cushy amenity of the ivory tower, the rationale for making somebody permanent is that it frees him or her to take risks, to advance unpopular ideas that they think are right. You need that kind of disruption to have a healthy discourse and to end up with correct ideas.

Idol would benefit from, more than anything else, a semifinal system that encourages risk taking, and fortunately we know of a system that works for this. It’s the system they had in seasons 4-7 and in season 9. In that system, we start with 24 semifinalists, 12 women and 12 men. Each competes separately, on Tuesday and Wednesday, and then on Thursday only two people are eliminated from each group. Do that 3 weeks and you have 6 men and 6 women left. But the burden on each contestant isn’t nearly as big: only 1/6 of them are being eliminated, which means that you have a quite good chance of surviving even if what you do fails.

The best example of this working was in Season 6, probably the best season. There you had Blake Lewis doing Keane’s Somewhere Only We Know and Jamiroquai’s Virtual Insanity, Chris Richardson doing Geek in the Pink. These are songs that aren’t huge hits but are really cool on the show. Watch:

Would Lewis have done that performance if he hadn’t already established himself in the earlier rounds? Not likely, not if he wanted to play the odds.

The point here is that the kind of songs that succeed in a sudden-death elimination are boring songs. They’re Whitney Houston songs or Elton John songs we’ve heard several times each on the show and thousands of times on the radio. But as long as the stakes are sudden-death, the show encourages these boring songs.