Below is my full accounting of the pre-exposure time for each semi-finalist in Season 13. If you are a regular reader of IdolAnalytics, you know that this has a huge impact on the voting in the first round, as people are more likely to vote for the people they are already familiar with.

Let’s start with the women: 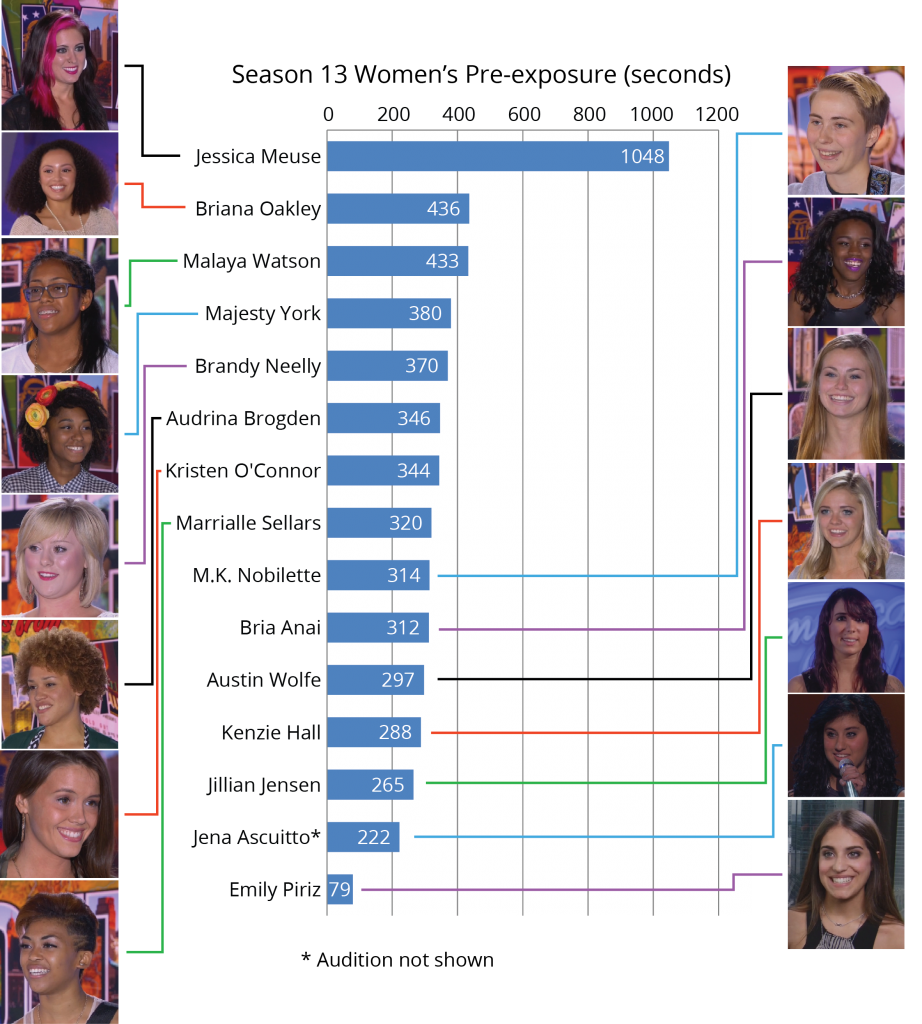 Jessica Meuse took the lion’s share of the women’s screen time, mainly on account of the drama surrounding her group. This kind of pre-exposure doesn’t always cut in the person’s favor. I can think of a few examples where somebody got a huge amount of screen time that kind of made her look bad (Tatiana Del Toro and Zoanette Johnson come immediately to mind) and didn’t translate into a lot of votes. Only one woman, Jena Ascuitto, did not have her audition shown. Emily Piriz, in spite of this, still had a lower amount of screen time, increasing the burden on her to perform in the semi-finals. I’ve included headshots of the contestants, as I have trouble at this point keeping them straight. 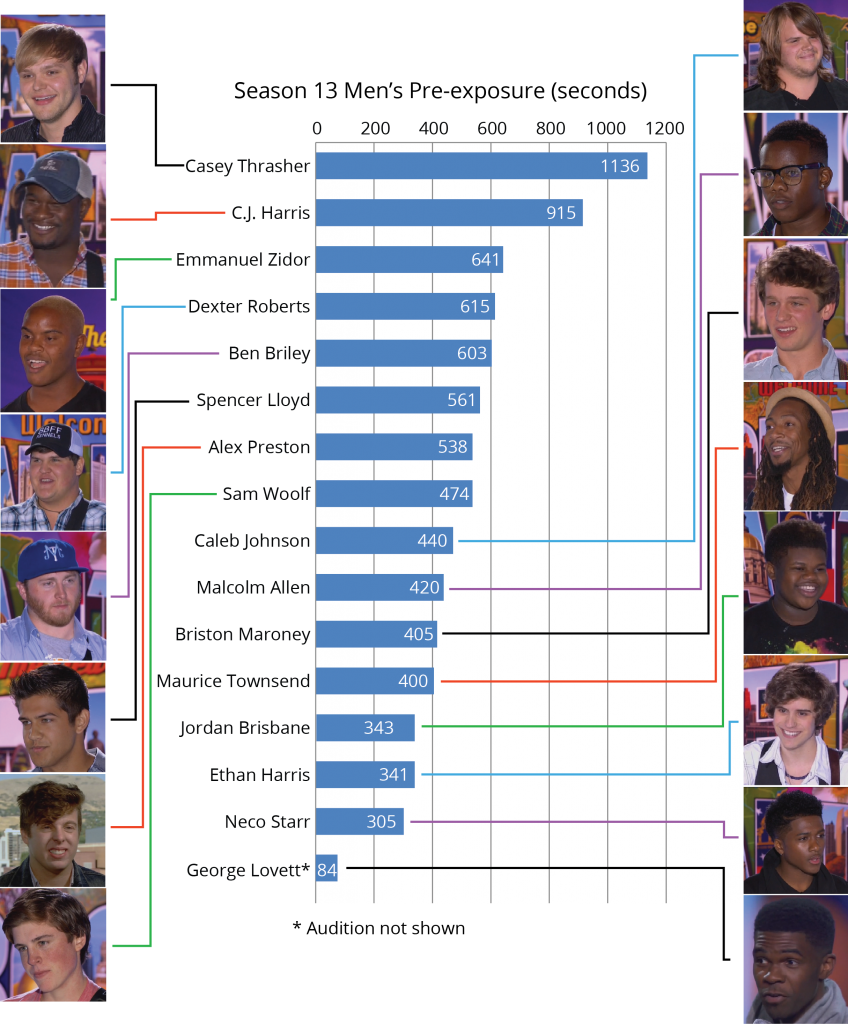 What might be immediately obvious is that men had a huge advantage in overall screen time. Indeed, men semifinalists had a total 8221 seconds, versus just 5454 seconds for the women semifinalists, nearly 50% more. Father Casey Thrasher was shown multiple times with his children and in a stultifyingly long segment during the “Final Judgement”, as did his companion C.J. Harris. George Lovett, whose initial audition wasn’t shown and who only got a total of 84 seconds of screen time, has quite a lot of ground to make up.

As far as the vote that’s being conducted tonight, sight unseen I would suspect Ben Briley to be the favorite over Neco Starr, simply because Ben was in the top 50% of those with screen time, including his stint in the “Backstreet Cowboys”. Neco Starr was featured much less in the group rounds. However, I have no confidence about this at all.