You may notice a new page link at the top of this site to Idol DB. That’s where you can explore the database I use to maintain this site. The database holds a record of every performance, every contestant, every song ever sung on American Idol, along with all the statistical variables you could ever want about those things, from Nielsen ratings of shows to performance approval rating, Dialidol numbers, and Votefair popularity. Contestant records show every song that a contestant sang along with biographical info, pre-exposure, and a pic of the person. Each song is linked to a database of songs that contains the Billboard Chart performance of the song, the original artist, how often a song is played on the radio, and more. It isn’t the only Idol Database on the web, but I believe it is the most complete. 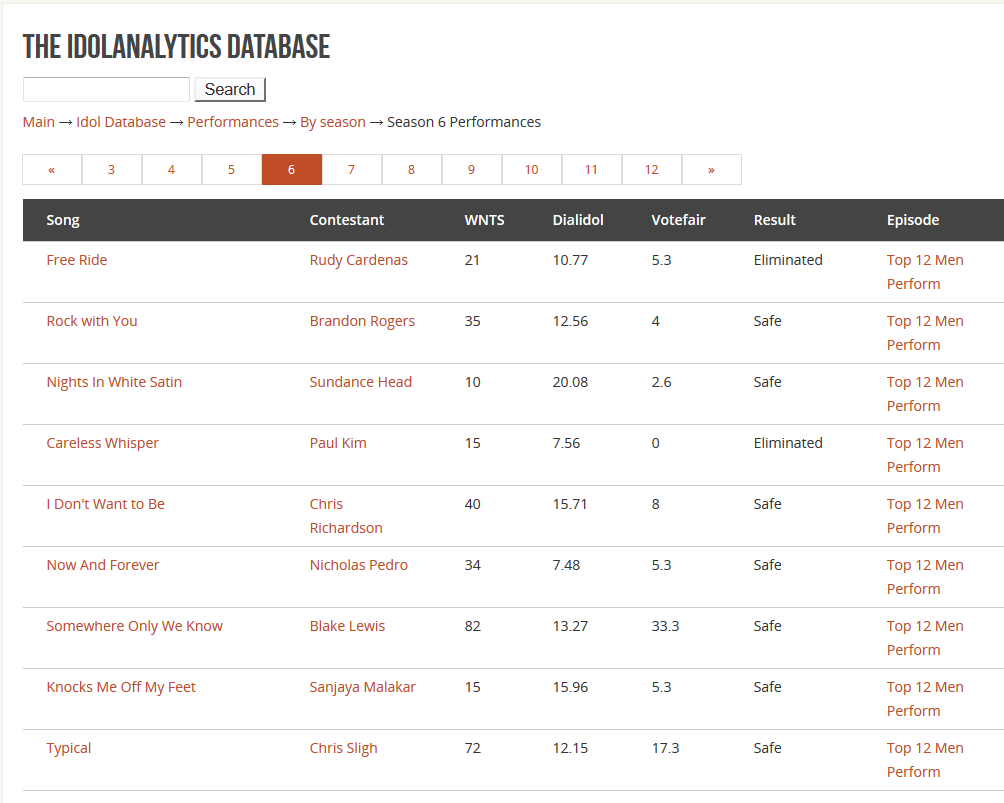 The database in all its glory.


The IdolDB is still under development, with more features being added all the time, but I thought it was better to publish it sooner rather than later. It’s built around IdolAnalytics’ brand new responsive design, and should scale well on mobile and desktop. Click the link and take a look around.

I built the database from a few places:

I have a number of things planned to add to the functionality, such as charts displaying trends for certain things and an artist database. The DB currently has a minimally functioning search engine, but many improvements should be made.

Want my data? Don’t scrape! Just send me a request by email (webmaster at idolanalytics.com) along with what information you want, and I will run your query for you.