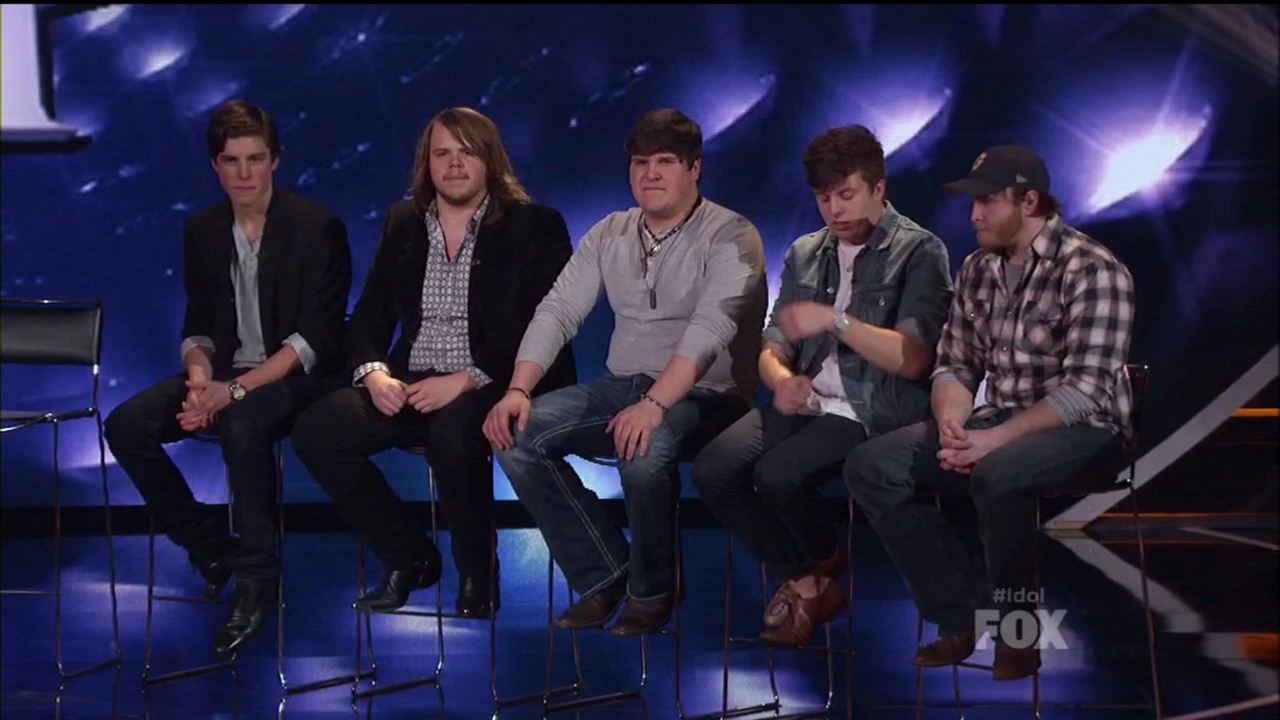 Last year, in Season 12, much was made of the fact that a woman hadn’t won since Season 6, a six year gap. But a woman, Candice Glover, won, whether or not you think Idol was pushing for it, and she was the fifth such woman to do so (Kelly Clarkson, Fantasia, Carrie Underwood, and Jordin Sparks were the others).

But another demographic which is highly represented in the semifinals is black men, and they haven’t had a win since Season 2, where Ruben Studdard took the prize. Indeed, the five men voted through on Thursday were Alex Preston, Sam Woolf, Ben Briley, Caleb Johnson, and Dexter Roberts, all of whom were white. C.J. Harris had a good rating on WhatNotToSing, but failed to make it in the vote (he was, however, advanced by the judges).

Let’s first look at all contestants, by race. I have only included White, black, hispanic, and filipino contestants, as all other groups did not have enough members to draw a conclusion.

Whites enjoy an 11 point advantage in the voting overall over blacks, with less of an advantage over hispanics and practically no advantage over filipinos. Judges’ picks reduce the white/black advantage to 7 points.

However, let’s focus just on the men:

As you can see, only 17 of 45 black men have ever advanced, as opposed to more than half of white men. But this advantage virtually disappears when you look at the women:

The rates of white women getting through (either through voting alone or including wild cards) is virtually identical to that for black women.

I have much more to say about the racial divide in American music, particularly with reference to the upcoming in-depth look at American radio stations. Perhaps a majority of popular male singers are white (is that true?), and so singers of cover songs on a show like Idol are at a natural disadvantage. I don’t think that’s true (Michael Jackson? Lionel Richie? Sam Cooke?), though maybe it is.

But something here doesn’t seem right.