How this year’s Idol is like the financial crisis 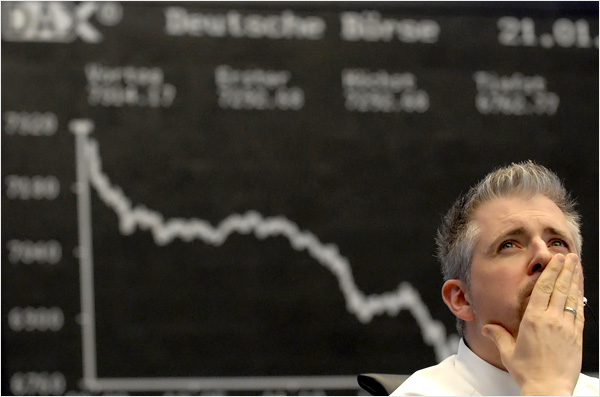 The inclusion of Jena Irene in the bottom 3 tonight was a big shock. Though Jena scored a relatively lousy 43 on WhatNotToSing, she was number 1 on Votefair and on Dialidol.

It is not that people who were highest on Votefair were never eliminated, but so early in the contest this is extremely rare. Siobhan Magnus, Adam Lambert, Thia Megia, and Jessica Sanchez are the only contestants to ever be in the bottom group while most popular on that site during the initial weeks (Siobhan was eliminated and Jessica had to be saved). Normally Votefair is pretty damn predictive so early in the contest. But none of these people was also the highest on Dialidol. The closest historical example we have to tonight’s result is Adam Lambert, but that was in the Top 5, near when Votefair becomes irrelevant. All of which is to say that tonight may be the most surprising result ever with regards to Votefair.

In fact, for two weeks in a row, the only person with an appreciable Dialidol score was in the bottom 3. Kristen O’Connor was ahead on Dialidol by a mile, and was eliminated.

For both finals episodes, Dialidol has shown a person in the bottom 3 with an anomalous high score.

I have so far this year refrained from discussing the changing in the voting procedure, mostly because I had no idea what the effect of it would be. Season 1 featured voting only through phone lines. Seasons 2 through 9 had dial voting and texting. In Seasons 10 and 11, voting through Facebook and through American Idol’s website was added. In each of those seasons, the voting opened at the end of the show and remained for a certain amount of time which varied, though it was normally just a few hours. And the marginal cost of voting for someone multiple times has gone to zero: 50 votes via Supervote is just as easy as 1 vote.

This year there is voting through phone, text, Facebook and Google. Voting starts immediately upon the show beginning, though with a cap of 50 votes per method. Voting can happen all night and through the next day. So we have to ask: is dial voting still relevant? Our experience through the previous three weeks would suggest not. Dialidol may be a dead product.

It is quite possible, probable even, that a high Dialidol score is actually a deficiency at the moment, as perhaps it indicates that only older, less technically inclined people are voting for those with a high score. These people cannot possibly vote as many times as those who choose to Supervote 50 votes for every contestant they like, since each call takes at least several seconds.

I’m reminded of a startling story about the financial crisis of 2008, as told in the excellent Diary of a Very Bad Year: Confessions of an Anonymous Hedge Fund Manager. The quant guys on Wall Street had done analytical modeling of subprime mortgages for years. They had massive amounts of historical data, and models to go with the data, that proved that a subprime mortgage crash was not going to happen. But it did. History was not predictive of a crisis. When the rules change a lot, such as when a massive amount of capital is dumped in the American markets by China (to purposefully devalue their currency for a decade) and credit-default swap derivatives account for a shadow financial market of several hundred trillion dollars, history becomes a poor guide. Events that were predicted by numerical models to happen once in two centuries were happening daily.

Have we reached such a place in Idol? I’m not yet sure, but it’s certainly likely.

Let’s put it this way: the finals model did a perfectly good job of predicting results of Season 12 of American Idol. But season 13 is quite possibly so different that it’s not the same show, not the same rules. That doesn’t mean it’s unpredictable! But it does mean that doing so will require a new set of assumptions.

The producers perhaps want a new show; it’s not as if the current one is doing so well in the ratings. And maybe it’s for the best.