I’ll have some kind of quantitative forecast tomorrow, which will be sort of ad hoc and will need some explanation and justification. For now, let’s just look at the instant Twitter reaction 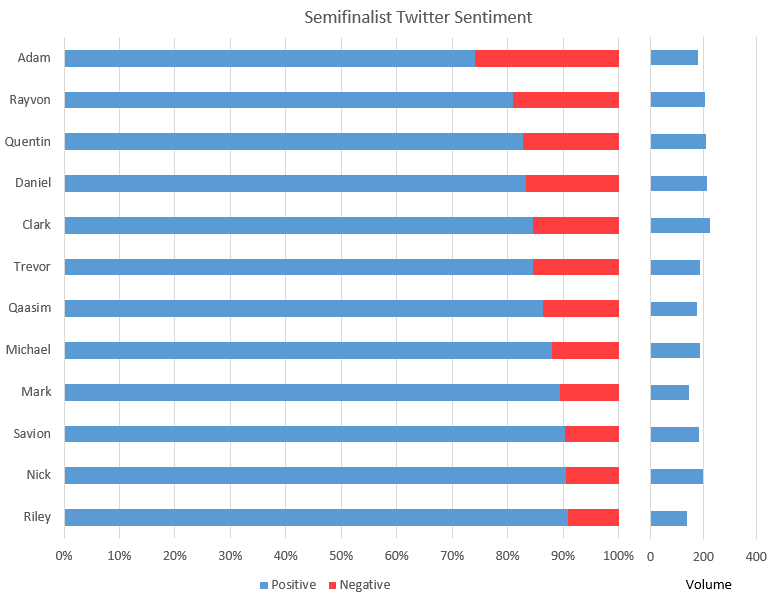 Adam registered by far the highest number of negative tweets. He also did badly on the polls at MJs and over at TVLine, near or at the bottom. In other words, it wasn’t just you, a lot of people kinda thought he sucked. “The judges are being ridiculously too nice tonight. Where’s Adam with some tough love” and “I just don’t care for Adam. We had a winner like him last season.” were not uncommon sentiments.

Rayvon, singing Jealous, was near the middle of the pack in popularity polls, but had the second highest number of negative tweets. “I guess Rayvon’s vocals must have sounded better in person than they did on my TV.”, said one, while another commented “Rayvon is bombing those high notes”.

Riley and Nick, on the other hand, had the lowest number of negative tweets, with most people quite positive. Note, though, that Riley did not have a very large number of people tweeting about him compared with many of the others.