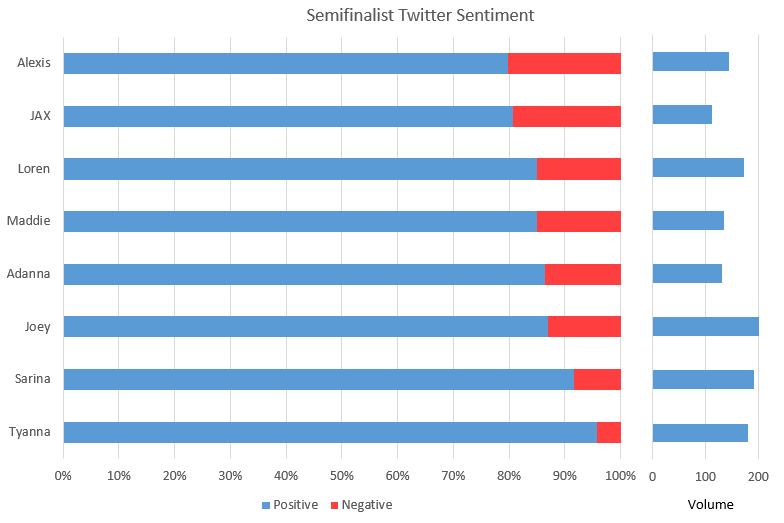 Alexis got through to the Top 16, but her performance made a few people sorry she did. ‘It’s just repulsive that people actually had the audacity to vote trash box Alexis’ opened one genteel person. “Oh my heavens. That was so incredibly bad. Alexis… No girl. No. Country isn’t just something you put a fake twang on… Yikes.”, “Alexis… ugh gave me a headache Grade: D”, “Alexis isn’t in any appreciable or identifiable key.”. Ok then. At 21% negative comments, she is the most unpopular on Twitter, falling about 5 points since last week. Joey also fell significantly, ceding the top spot from last week, to 87%, down almost 8 points.

Maddie greatly improved her standing, after having been maligned as the winner of a sing-off earlier, up to 84% positive from 77% last week. Sarina-Joi likewise improved a huge amount, and now registers above 90% positive. However, it’s Tyanna who grabs the top spot, which Joey held last week.

Jax was steady at about 19% negatives, Loren and Adanna gained a few points each.