Probabilities are based on a bottom 3. Multiply by 10/9 if there is only a bottom 2.

How did the stars align to put Sarina-Joi projected to be in trouble? Her performance was poorly rated, she is female, she sang at the top of the show, and her numbers on internet polls has cratered. It’s a bit of whiplash, but I can definitely see it happening.

Quentin is again called super-safe, which historically would be right-on, but Quentin is a bit of an odd-duck. He was called super-safe in the last round, and in fact was not voted through. True, he may have been in the Top 6 (we weren’t told), but nevertheless that’s not very confidence inspiring. I’m leery of the call. 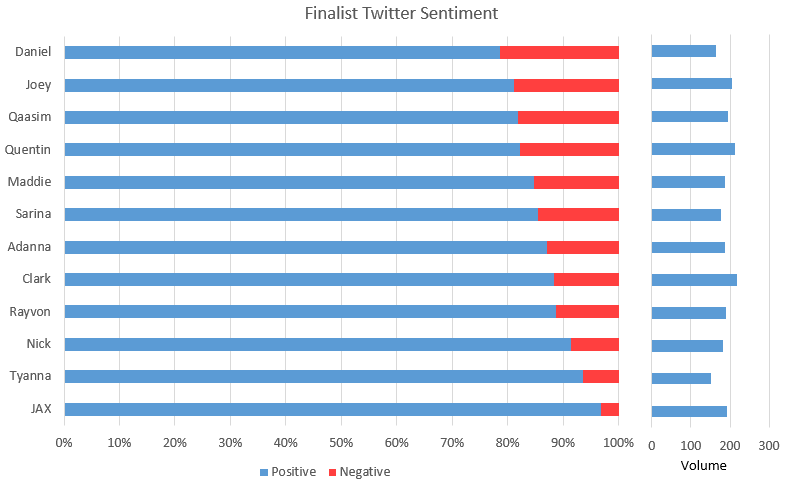 Jax, Tyanna, and Nick hold the top spots, with Joey and Qaasim garnering quite a few negative comments.