Top 6 forecast (for what it’s worth)

To be quite honest, my interest in this season is flagging. Couple this with the inherent difficulty in modeling Idol in a post-DialIdol age and, well, the forecast has a ton of uncertainty.

Generally speaking, the safety of a contestant in rounds with multiple performances depends most heavily on their best performance of the night and on the number of times they have previously appeared in the bottom group. The effect of gender virtually vanishes. Votefair becomes unreliable. Tonight’s high WNTS Ratings are all clustered, with no stand-out bad performance. Data and code are linked at the end of the post.

My joke last week about how it would be funny if Rayvon kept winning those one-on-one Twitter fights does not seem quite so funny now. Nevertheless, I think he’s toast this time. 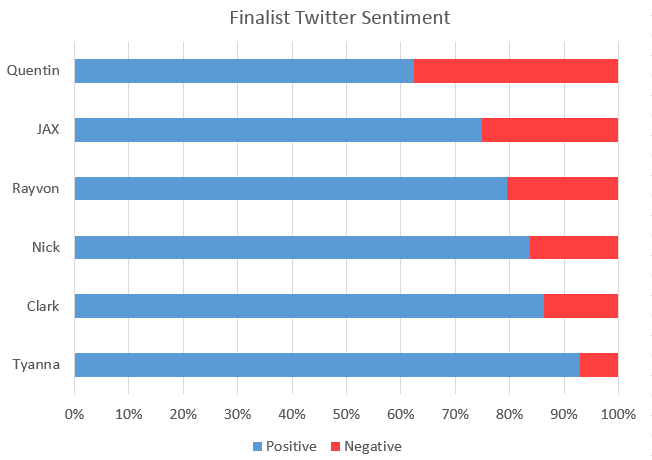