Home » Editorial » They nays have it: American Idol cancelled after next year

They nays have it: American Idol cancelled after next year 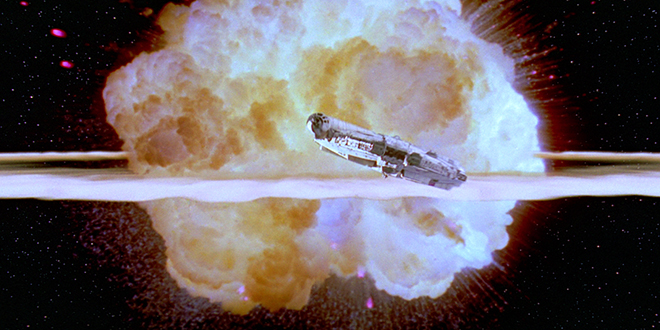 Entertainment Weekly is out with the report this morning:

Fox is officially closing the curtain on American Idol after its upcoming 15th season, the network announced Monday.

American Idol XV will have the same judges as the last two cycles—Jennifer Lopez, Keith Urban and Harry Connick, Jr.— along with the show’s host, Ryan Seacrest, who has been with the series from the beginning.

This shouldn’t be a shock to anyone. American Idol’s ratings have cratered due to a number of reasons. First is the competition from other shows that do the same thing, some would say better [NB: I have never watched The Voice or America’s Got Talent]. Second is the waning of the early 21st century reality show ecosystem, as cable and network dramas have eliminated the empty rerun season that Idol was originally envisioned to fill. The show has also become much too expensive to run: it requires a full-time auditorium, the salaries of three star judges, recording studio time, plus the audition tour. Fox reported before this year started that American Idol was no longer turning a profit.

I have to say, I’m puzzled as to what Fox thought would change this year. If the show was already unprofitable, was this the team to turn it around? Could anyone turn it around at this point?

Fox has also signaled that the final season will be a nostalgia tour, saying “the final season will pay tribute to the show’s previous years.” That’s an admission in and of itself: the previous years were just better. The judges were harsh and not constantly fawning over the contestants. They steered the competition, rather than letting a pure democracy rule. But that all ended the day Simon Cowell left the show on an ill-fated attempt to bring the X-Factor to the US, a show that flopped spectacularly. The judges panel never recovered.

It remains to be seen whether the other shows of this ilk will go by the wayside as well. Many commenters at TvbytheNumbers predict that all of the singing reality-shows are on their way out, and maybe they’re right. It is possible that at some point you exhaust the nation of all its talented, undiscovered artists. This is particularly true when there are a number of new avenues for distributing demos, such as Youtube, which, I will remind the reader, didn’t even exist before about the 4th season of American Idol. Indeed, several singers in recent years were from other shows, and cut Idol contestants have appeared on the other shows as well. It’s all beginning to look like bottom-of-the-barrel.

So that’s it. The Death Star goes out not with a bang, but with a nostalgic whimper. We have one more year of Seacrest et al, and then finis. I myself am hoping for a return of Brian Dunkleman before the end.